Duncan Bell: "Dreamworlds of Race. Empire and the Utopian Destiny of Anglo-America"

Between the late nineteenth century and the First World War, an ocean-spanning network of prominent individuals advocated the unification of Britain and the United States. Investing the “Anglo-Saxons” with extraordinary power, even as a people destined to bring peace and justice to the earth, they dreamt of the final consolidation of the Angloworld. Exploring speculative fiction as well as more conventional forms of political writing, Bell's recent book, which forms the basis of this talk, reads unionist arguments as expressions of the utopianism circulating through fin-de-siècle Anglo-American culture, and juxtaposes them with pan-Africanist critiques of racial domination and late twentieth-century fictional narratives of Anglo-American empire.

Illustration: Book cover Dreamworlds of Race. Empire and the Utopian Destiny of Anglo-America. How transatlantic thinkers in the late 19th and early 20th centuries promoted the unification of Britain and the United States, (Princeton University Press, 2020).

Duncan Bell is Professor of Political Thought and International Relations at the University of Cambridge, and Co-Director of the Cambridge Centre for Political Thought. He is the author of The Idea of Greater Britain: Empire and the Future of World Order (Princeton, 2007), and Reordering the World: Essays on Liberalism and Empire (Princeton, 2016), and the editor of Empire, Race, and Global Justice (Cambridge, 2018), and several other volumes. He is currently writing on ideas about the future of humanity.

OBS: Webinar, zoomlink will be distributed and external attendees may write to jenny.andersson@idehist.uu.se. 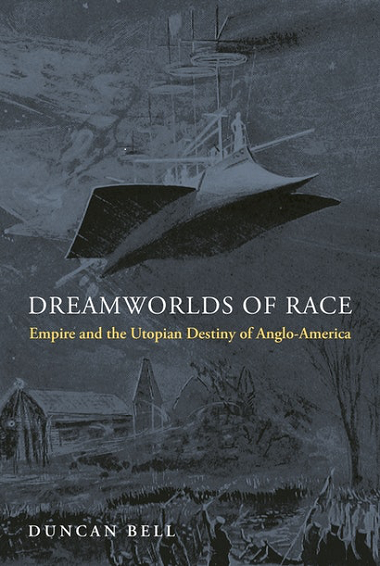