Disputation: "Development of chemical biology tools for metabolomics analysis: Phase II modifications as a link between host and microbiota co-metabolism"

Länk till avhandlingen i fulltext i DiVA

Biomarker discovery is an extremely important field for early disease detection. New selective molecular markers are in high demand, as an earlier disease detection can lead to improved patient care. Furthermore, with the increased knowledge of the importance of the microbiota for human physiology and disease, markers for the interaction between the microbiome and the human host are required. A biomarker can be any biomolecule including metabolites that is altered between a “healthy” state and a disease state. Furthermore, the metabolic interplay between the consortium of trillion of microorganisms and the human is still largely unexplored. The investigation of the co-metabolism represents a tremendous opportunity for the discovery of new metabolites.

Metabolomics is the most recent of the major ‘omics sciences and provides a readout of the phenotype at the time of sample collection. The techniques of choice for metabolomics analysis are mass spectrometry (MS) and NMR spectroscopy. With the most recent developments in both hardware and software, data collected from liquid chromatography-MS can analyze thousands of metabolites at the same time. Despite the technical advances, metabolomics is still at a developmental stage in comparison to genomics or proteomics. Chemical biology tools are required for the selective analysis of functional groups to improve metabolite detection.

We have developed new chemical biological tools for the combination with metabolomics analysis. Using an arylsulfatase from the snail Helix pomatia, we have selectively identified sulfated metabolites in urine and fecal samples. We identified more than 200 sulfates and many these were previously undetected. Several of the identified molecules were products of the co-metabolism of the human host and its microbiome, which have partly been linked to disease development.

We also utilized a purified glucuronidase for identification of glucuronides in urine samples, respectively. We were able to identify close to 200 glucuronides. Additionally, we have developed a new strategy for metabolite validation, based on the enzymatic cleavage of glucuronides.

We have also prepared a comprehensive sulfated metabolite library for efficient structure validation. The understanding of the human and the microbiota co-metabolism was also increased through applying a modified method on a dietary intervention study. This diet was based on (poly)phenolic compounds that are commonly digested by the bacteria and then further metabolized by the human host to their sulfated conjugates. These findings demonstrate the importance of these newly developed tools for metabolomics and the study of these metabolic interactions between the human and the microbiota. 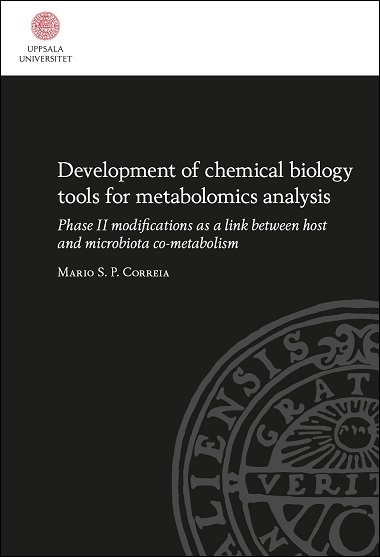